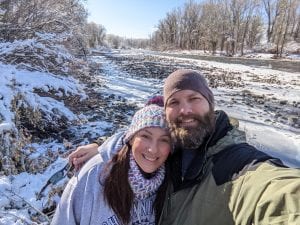 Chet grew up in Washington State and completed his undergrad at Washington State University.  While there, he owned a small painting company and volunteered with the local police department.  Chet then spent eleven years in the Marine Corps as a helicopter pilot with deployments to Japan, Norway, and the Middle East.  After moving all over the country with the military and completing his MBA through Western, he and his wife, Chrissy, settled down in Gunnison.  In his free time, Chet likes to write and get outdoors with sports like BASE jumping and skiing.